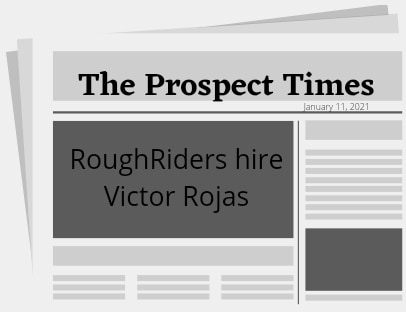 According to a tweet by JJ Cooper of Baseball America, the Frisco RoughRiders have hired Victor Rojas, 52, to be the teams next President and GM. The RoughRiders started searching for a new GM when Andy Milovich departed in 2020.

Big hire for @RidersBaseball. @VictorRojas is the team’s new President and GM. Was the Los Angeles Angels broadcaster who also interviewed for the Angels GM job.

As the tweet stated, Rojas was most recently in the Angels broadcasting booth. He’s got baseball experience from a few different areas.

I 1993, he was the bullpen catcher for the Miami Marlins. He served as the pitching coach for the Rio Grande Valley WhiteWings.

Rojas has held multiple broadcasting positions. He started off as the radio and TV announcer for the Newark Bears. He also served as the GM, so he definitely brings experience there. He has held multiple positions in broadcasting, including radio for the Arizona Diamondbacks some time with the Texas Rangers.

Rojas was the first host of the Hot Stove on the MLB network. He’s been the Angels TV play by play announcer for Fox Sports West since 2010.

Just a couple of days he announced that he was leaving the Angels booth. Now, we know why.